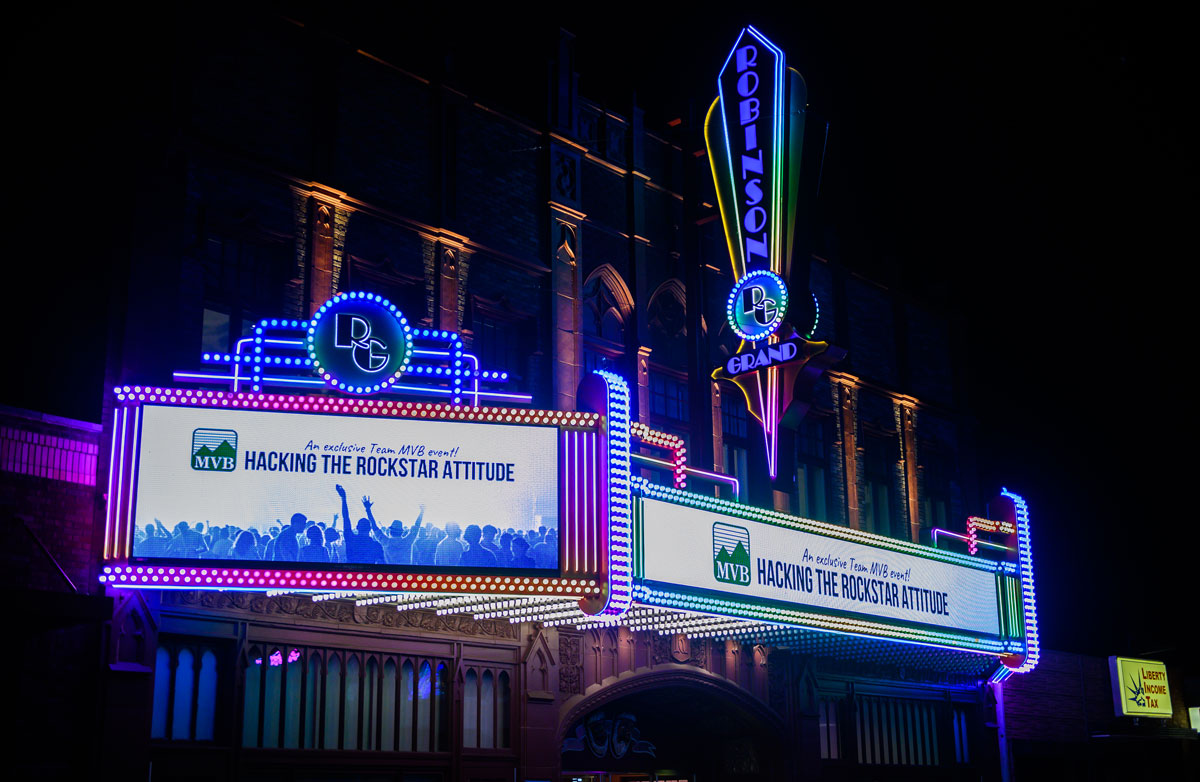 For about a century, the Robinson Grand Theater thrived in the heart of Clarksburg’s downtown and served as the epicenter of the North Central West Virginia city’s arts, entertainment, and performance scene. Over time, usage waned as necessary renovations went undone, and the theater closed its doors in 2004.

A decade later, the City of Clarksburg acquired the vacant facility and began laying the groundwork to resurrect the storied theater. City leaders and residents hoped the Robinson Grand would once again become a landmark destination property within the Central Business District. But first, there was the question of financing—a huge, complex undertaking only made possible through a partnership with MVB Bank.

“MVB Bank assisted and supported the overall project in so many ways,” said former Clarksburg City Manager Martin Howe. “MVB Bank’s management team vetted the project thoroughly before submitting the financing terms. The leadership of Larry Mazza and Herman DeProspero was very crucial, as they could see the vision the city had on this project and could recognize the minimal risk and exposure of this complex financial package that was being brought to them to review.”

MVB’s support included a sizable contribution to the new Robinson Grand Performing Arts Center’s $2 million capital campaign—a testimonial to MVB’s strong, healthy business relationship with the City of Clarksburg. The contribution is highlighted on both the Robinson Grand’s donor wall and in the naming rights to the theater’s renovated North Concessions Area.

“The City of Clarksburg has been a long-time customer of MVB Bank,” said DeProspero, MVB North Market President.

“This revitalization effort has provided a location for community events, cultural events, opportunities for the arts, and arts education.”

A new heyday has arrived in Clarksburg. The theater is packed with guests coming from around the region to enjoy one-of-a-kind experiences, including local theater and performances from celebrated international recording artists. The city has also committed to providing school-based educational programs for its residents—exposing them to artistic and cultural experiences that leave a lasting impression.

“MVB keenly recognizes these opportunities and sees how they align with the bank’s goals,” he continued. “We are so greatly appreciative of MVB’s partnership and support of this project.”